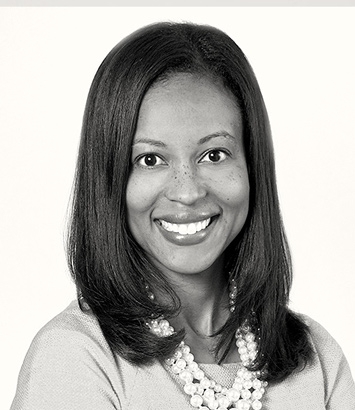 Alicia brings a wealth of experience in a wide variety of litigation matters, having successfully tried cases, represented clients in mediations and arbitrations, and argued before various appellate courts.

While at Dinsmore, Alicia also served as the prosecutor for the City of Blue Ash, Ohio and the Village of Silverton, Ohio. She is co-chair of Dinsmore’s firm wide recruiting committee and is a past co-chair of the firm’s Minority Attorney Affinity Group.

She previously practiced in the New York office of LePatner & Associates LLP. Her past experience includes serving as a legal intern at the United Nations Secretariat in New York and the Colorado General Assembly Office of Legislative Legal Services and as a judicial extern for Judge Wiley Y. Daniel of the United States District Court for the District of Colorado. Proficient in Spanish, she developed a working knowledge of Spanish business and legal terminology while working at a national court in Buenos Aires, Argentina.

Prior to her legal studies, Alicia was a writer/editor for the Women’s Congressional Policy Institute (formerly Women's Policy, Inc.) in Washington, DC, where she also served as an adviser to the women members of the U.S. Congress. In this capacity, she provided detailed legislative analysis on the appropriations bills approved by Congress and contributed articles published in Women's Health Legislation in the 107th Congress.