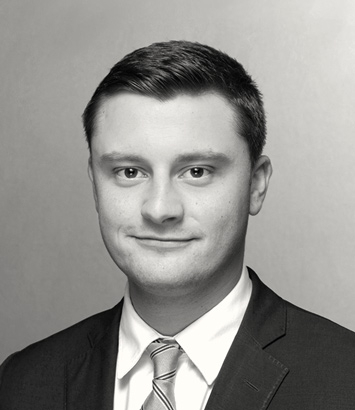 Austin is a lobbyist with experience working within multiple levels of government. He began his career as an intern for Congressman Andy Barr in his Washington, D.C. office, working with the congressman’s communications team and providing legislative research and analysis. Austin later served on Congressman Barr’s re-election campaign as the regional political director for Franklin County, Kentucky. After a successful campaign, Austin was appointed as the legislative liaison for the Kentucky Energy and Environment Cabinet in Governor Matt Bevin’s administration. While serving the Commonwealth, Austin worked directly with the cabinet secretary and the Kentucky legislature to develop and implement the Cabinet’s legislative and regulatory agenda.

After his tenure in state government Austin joined Dinsmore’s Frankfort office. He provides government relations and lobbying services, working effectively with elected and appointed officials to advocate on behalf of Dinsmore’s clients. Austin leverages his previous experiences in public policy development and his knowledge of the inner workings of government to help clients navigate the political and regulatory landscape in Kentucky. He specializes in a wide range of policy matters, including energy and environmental policy and insurance and local government issues, and has successfully lobbied through multiple state budget sessions in Kentucky. Austin also currently serves as an appointee to the state’s 911 Services Advisory Council.