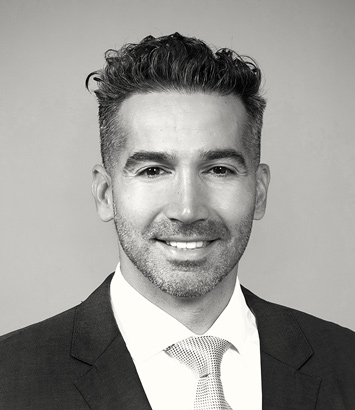 We represented a credit union that suffered a data breach when a rogue employee made confidential information public. We assisted the client with the data breach notification process and worked with their technical staff to perform a risk analysis on the systems and data to determine how the breach may have happened. We determined the full extent of the breach, and advised the client on implementing internal controls to prevent the situation from occurring again.

Represented a Bank Holding Company in an Acquisition

We counseled our client (United Bancshares, Inc.) through its merger with another bank (Benchmark Bancorp Inc.). The merger allowed our client to expand their presence in the Columbus, Ohio market. Our role included negotiating terms, drafting documents, preparing regulatory applications, preparing securities disclosures and closing the transaction.

Purchase of two bank branches to allow for market expansion

We served as transaction counsel to Coronado Coal II LLC in an approximately $174 million transaction involving the acquisition of the coal mining operation assets of Cliffs Logan County Coal, LLC from Cliffs Natural Resources, Inc. The assets involved in the transaction were active underground and surface mines with metallurgical and thermal reserves, preparation and loading facilities and related infrastructure. We advised the client at each step of the transaction, including the initial offer and proposed letter of intent, due diligence, negotiating the purchase agreement, transition services agreement, permit operating agreement and certain third party agreements and efficiently executing the closing of the sale. The transaction, was the firm's fourth coal asset acquisition for this client and the entities associated with it since 2012.

When Peoples Bancorp sought to expand their geographic footprint, they turned to Dinsmore for counsel. We guided Peoples Bancorp, Inc., the parent company of Peoples Bank, NA, through the acquisition of Sistersville Bancorp, Inc., the parent company of First Federal Savings Bank. We counseled the client through the transaction, beginning with due diligence, assessment of the risks and benefits and the structuring of the transaction. We also negotiated and drafted the documents for the acquisition, which included the merger of the two holding companies and the subsequent merger of the two subsidiary banks, resulting in two additional full-service bank branches for Peoples Bank located in Sistersville and Parkersburg, West Virginia. We also worked with the client to ensure compliance with banking regulators, including the Federal Reserve, the Office of the Comptroller of the Currency and various state organizations, and handled all of the regulatory application filings. We also counseled the client through transitioning and terminating employee benefits plans to ensure legal compliance and compliance with People’s plans. The acquisition, which was completed for aggregate cash consideration of approximately $9.81 million, enables the client to continue their growth into new markets and positively impact their earnings in the near future.
Michael G. Dailey, Christian Gonzalez

Asset Sale of Dakin Insurance Agency, a Subsidiary of LCNB Corp., to an Ohio Insurance Group

Dinsmore & Shohl represented LCNB Corporation, an Ohio chartered bank holding company, in the sale of its insurance agency subsidiary, Dakin Insurance Agency, Inc., to Rixey-Berry Insurance, Inc.  Our attorneys prepared and negotiated the asset purchase agreement. In addition, we prepared all transfer documents for the assets.  The sale took LCNB Corporation out of the sale and brokerage of insurance products so that it can concentrate on its core financial institution business.
Christian Gonzalez

Acquisition by LCNB Corp. of Eaton National Bank and Trust

We served as deal counsel for LCNB Corp., the holding company of LCNB National Bank, through a stock and cash transaction that enabled it to acquire First Capital Bancshares, Inc., Chillicothe, Ohio, and its subsidiary, Citizens National Bank. We counseled the client through all aspects of the transaction, from pre-transaction planning and due diligence to negotiating deal terms to drafting documents, including advising the client on applicable state and federal application and compliance procedures. The transaction, which is valued at approximately $19 million, enables LCNB to expand its market reach, as Citizens National Bank operated six full-service branches in Ross and Fayette Counties, Ohio.
Michael G. Dailey, Christian Gonzalez