The most common set of standards for surveys of commercial property changed in late February, and although the changes are subtle, they affect what can be shown on a land survey and how to place orders for land surveys. Those who own, plan to acquire, or lend against commercial real estate should be aware of the impact of the revised standards on survey orders and surveys themselves.

Jointly released by the American Land Title Association (ALTA) and the National Society of Professional Surveyors (NSPS), the new 2016 Minimum Standard Detail Requirements for ALTA/NSPS Land Title Surveys change both the requirements of what surveyors must put on a survey and the optional menu of Table A items. In general, the new requirements shift the burden for obtaining information away from surveyors and relieve them of the obligation to interpret outside regulations.

Information that must be provided by the customer

Survey items that will no longer be included on surveys

Changes to title and Table A item numbers

The new standards took effect for all surveys ordered on or after February 23, 2016, so those reviewing surveys after that date should take note of the changes. In particular, those with standard lists of ordered or required Table A items will want to note the numbering changes.

If you have questions about the new standards, please contact your Dinsmore attorney. 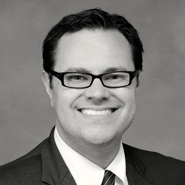