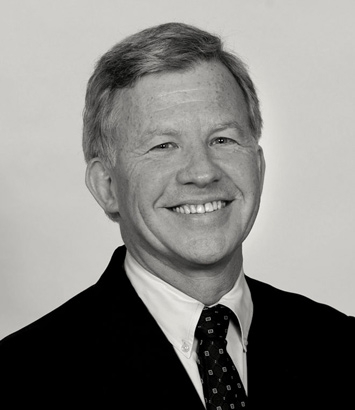 Ohio Supreme Court Rules That Board Communication of Any Kind May Constitute a “Meeting,” Violating Ohio’s Open Meetings Act

In May, the Supreme Court of Ohio released its opinion in White v. King, Slip Opinion No. 2016-Ohio-2770, expressly expanding the definition of a meeting under Ohio’s Open Meetings Act (Ohio Revised Code 121.22) to include discussions that occur “face to face, telephonically, by video conference, or electronically by e-mail, text, tweet or other form of communication.”

Ohio’s Open Meetings Act (R.C. 121.22) and Public Records Act (R.C. 149.43) are collectively known as the Sunshine Laws and give Ohioans access to government meetings and records. The Ohio Supreme Court continues to reaffirm the statutory mandate that Ohio’s Sunshine Laws be “liberally construed” in favor of transparency.

In May, the Supreme Court of Ohio released its opinion in White v. King, Slip Opinion No. 2016-Ohio-2770, as to the question of whether a series of e-mails between and among a majority of the members of a public body relating to a response to a newspaper editorial, which culminated in the publication of a response that the board later ratified at a public meeting, qualifies as a meeting for purposes of R.C. 121.22.

In White v. King, Adam White, one of the Olentangy Local School District Board of Education members, conducted an independent investigation into alleged improper expenditures by two athletic directors employed by the school district. After White’s investigation came to light and discipline was handed out to the athletic directors, four of the five board members amended a board policy to require that all communications between board members and staff first pass through the district superintendent or the district treasurer. White voted against this amendment, and on October 11, 2012, the Columbus Dispatch published an editorial praising White for his vote and criticizing the other board members for adopting a “restrictive policy designed to thwart White from conducting further investigations into suspected illegal spending by district employees.” Thereafter, the four other board members, along with the superintendent and various district employees, collaborated and issued a response to the editorial on behalf of the board through a series of e-mails. The response, which was sent to the Dispatch and published on October 27, 2012, was signed by the four other board members.

White, who was omitted from the e-mail exchange, filed the lawsuit claiming that the board had violated Ohio’s Open Meetings Act. That same day at a regular board meeting, the other board members voted to ratify the earlier response to the newspaper editorial.

Trial and Appellate Courts Rule for the School District Board

The trial court held that no violation of the Open Meetings Act had occurred, based upon earlier Supreme Court precedent, because there was no prearranged discussion of public business; the Open Meetings Act did not apply to e-mail; and, at the time of the e-mail exchange, there was no pending resolution before the board. The Fifth District Court of Appeals affirmed.

In a 5-2 decision, the Ohio Supreme Court reversed, holding that “[a]ll meetings of any public body are declared to be public meetings open to the public at all times” that “[a] ‘public body’ includes a board of a school district” and that “[t]he term ‘meeting’ means ‘any prearranged discussion of the public business of the public body by a majority of its members.” Furthermore, the Court held that the Open Meetings Act “prohibits any private prearranged discussion of public business by [a] majority of members of [a] public body regardless of whether discussion occurs face to face, telephonically, by video conference, or electronically by e-mail, text, tweet or other form of communication.” Additionally, the Court held that under the Open Meetings Act, “when a board of education formally votes to ratify a prior action, the ratified action constitutes ‘official business’ under the Statute.”

Thus, as a result of its decision, the Ohio Supreme Court has expressly expanded the definition of a “meeting” under Ohio’s Open Meetings Act.

A resolution, rule or formal action adopted in an open meeting that results from deliberation in a meeting not open to the public is deemed invalid if not on a topic specifically excluded from the law.

If you have questions about this case or Ohio’s Sunshine Laws and their practical application, please contact your Dinsmore attorney.