The decision is in and the state fund employers won. Judge Richard McMonagle recently decided the Bureau of Workers’ Compensation overcharged employers who had not participated in group premium ratings from 2001 to 2009. Many of those state fund employers could now receive refunds based upon the court’s future calculations. While damages have yet to be determined, state fund employer refund amounts may range from as much as $850,000 to $1.3 billion.

Before spending the money, state fund employers should know that this is subject to appeal. The checks are not, as they say, in the mail.

What should state fund employers do in the meantime? Dinsmore attorney George Wilkinson presented a 60-minute webinar breaking down the case decision and laying out what could be in store for both group and non-group employers as the appeal and refund process unfolds. 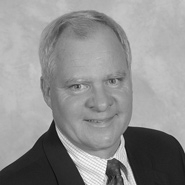