Share This Page
We served as special counsel (bond counsel) on a $68.5 million Certificates of Participation financing structure to construct a new 371,160 square foot office building for use by the Commonwealth of Kentucky in Frankfort, Kentucky. The complicated Public-Private Partnership structure (P3), developed in response to a request for proposals issued by the Commonwealth in 2014, provides for the design build construction of an office building to be occupied by the Commonwealth of Kentucky upon completion. Utilizing a biennially renewable lease financing agreement and a management agreement satisfying specific requirements of the Internal Revenue Code for post completion operation and maintenance, a tax-exempt structure secured by the Commonwealth’s biennially renewable lease payment obligation (rated Aa3 by Moody’s Investors Service) was developed that addressed both pre-occupancy construction risk factors as well as the ongoing debt service and operational aspects of the project. 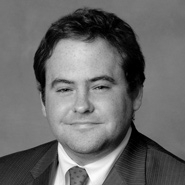