The plaintiffs, all miners who worked at a particular mine site for a coal company that went into bankruptcy, brought a class action against the mining company that bought the mining operations in the bankruptcy proceeding alleging that they were not hired by the new mining company on the basis of age. The named plaintiffs asserted both disparate impact and disparate treatment theories of age discrimination. After extensive discovery, the trial court certified the class, whereupon a settlement was reached with the class that resolved all claims of discrimination against the coal company. 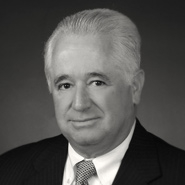