As counsel to the Kentucky Commissioner of Insurance in his capacity as Liquidator of Kentucky Central Life Insurance Company (KCL), secured reversal of trial court's order denying the enforceability of over $100 million in personal guaranties owed to client, as well as reversal of $ 1 million in discovery sanctions imposed by the trial court against our client and its former law firm. Case was followed closely by press due to involvement of prominent real estate developers and serious implications for all creditors and shareholders of KCL.

Continued representing Liquidator of KCL upon remand in what became the largest continuous lawsuit of that $1 billion statutory insolvency. After several years of litigation, the case was resolved by confidential settlement. 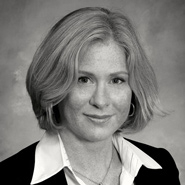