Share This Page
We defended a national insurance company in a putative class action case regarding the application of an insurance premium tax in the state of Kentucky. Kentucky statutes authorize Kentucky cities and counties to impose and collect a tax on insurance premiums. The statute permits insurance companies to collect the tax and keep a portion of the amount they have collected upon remittance of the appropriate amount to the taxing body. The proposed class consisted of all persons or entities in the state who paid a surcharge on their insurance premiums pursuant to a tax imposed by a local government. The proposed class definition contained no time limit as to the claims asserted.

We removed the case to federal court pursuant to the Class Action Fairness Act. The plaintiffs’ motion to remand was denied. We also filed a motion to dismiss asserting that under the applicable state statutes the insurance premium tax was properly charged to the policyholders. We also argued that the plaintiffs had failed to exhaust administrative remedies before the appropriate state agency prior to filing suit, as required by state statute. The motion to dismiss was granted. 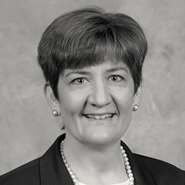