Our client had performed fabrication work for a former affiliate and, four years later, a dispute arose between the parties as to whether they entered into a partnership and the scope of the obligations owed between the parties contracted with a former affiliate (plaintiff) of CMC then contracted with another company while continuing to do business with both contractors. The former affiliate company brought a suit against our client in the Supreme Court of the State of New York. The plaintiff alleged, among other things, breach of contract, an action in accounting, conversion, breach of fiduciary duty, breach of the covenant of good faith and fair dealing, tortious interference with prospective business relations, fraud, unjust enrichment, promissory estoppel, misappropriation, negligent misrepresentation, and economic duress.

This matter was removed from the Supreme Court of the State of New York to the U.S. District Court for the Southern District of New York. Our client then brought counterclaims for breach of contract and breach of fiduciary duty. In addition, our client added a Third Party compliant against the plaintiff’s parent company in Denmark.

After substantial litigation, the case was ultimately settled on a favorable basis to our client, CMC. 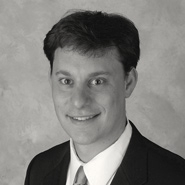