In Abbot, the relator, a former BP employee, alleged BP failed to comply with the regulatory process for constructing a floating oil production facility in the Gulf of Mexico. The relator alleged BP failed to maintain proper documentation for the platform, and BP engineers failed to approve documents that were maintained as required by the contract.

After the relator filed his FCA complaint and written disclosure statement, he and others testified before Congress about alleged problems with the platform. At Congress’s urging, the Department of Interior (DOI) investigated the relator’s allegations, concluding they were “without merit” and “unfounded.” DOI found no grounds to suspend BP’s operations or revoke any of BP’s licenses or certifications.

In light of DOI’s findings, BP moved for summary judgment, and the district court granted the motion. The Fifth Circuit affirmed on materiality grounds, applying Escobar’s “demanding” materiality standard. In Escobar, the Supreme Court explained that if the government pays a particular claim in full, despite knowledge the defendants failed to comply with statutory, contractual or regulatory requirements, “that is very strong evidence those requirements are not material.”

Here, the Fifth Circuit emphasized the nature and extent of the government’s investigation in this case, noting, “rarely does the pursuit of an individual’s FCA claims lead to an investigation requested by Congress.” The court explained , “As recognized in Escobar, when the DOI decided to allow the Atlantis to continue drilling after a substantial investigation into Plaintiffs’ allegations, that decision represents ‘strong evidence’ that the requirements in those regulations are not material.” The Fifth Circuit affirmed summary judgment because the relator’s evidence was not sufficient to overcome this “strong evidence” of immateriality. 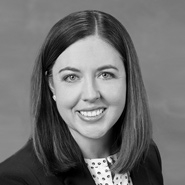