The Second Circuit Court of Appeals recently granted a petition for interlocutory review to decide whether a violation of the FCA’s first-to-file rule can be cured by filing an amended pleading.  Both the D.C. Circuit and Fourth Circuit1 recently addressed this issue, concluding that the plain language of the first-to-file rule precludes amending around the rule.2  Given the growing circuit split on this issue, it will be interesting to see if the Second Circuit follows the D.C. Circuit’s and Fourth Circuit’s well-reasoned textual analysis or sides with courts that have come out differently, such as the First Circuit and Seventh Circuit.3

In United States ex. Rel. Wood v. Allergan, Inc., No. 10-CV-5645 (S.D.N.Y.), Relator John Wood brought FCA claims against Allergan, Inc. (Allergan) alleging that Allergan provided free drugs to physicians to induce the physicians to prescribe Allergan drugs to their patients, most of whom were Medicare and Medicaid recipients.  However, Wood was not the first relator to bring FCA claims against Allergan – two prior actions were pending under seal when Wood filed his complaint (as well as a first amended and second amended complaint). By the time the Wood complaint was unsealed, the prior two actions had been dismissed. The government decided not to intervene, and Wood subsequently filed a third amended complaint. Thus, there was a pending action when Wood filed his complaint but not when Allergan sought dismissal under the first-to-file rule.

The FCA’s first-to-file rule states “[w]hen a person brings an action under [the FCA], no person other than the Government may intervene or bring a related action based on the facts underlying the pending action.”  31 U.S.C. § 3730(b)(5).  Allergan filed a motion to dismiss on several grounds, including that the Wood complaint violated the first-to-file rule because two prior actions were pending when Wood initially filed his claims. Notably, the statute of limitations had expired on most of Wood’s claims while his case was under seal; thus, if the district court granted Allergan’s motion to dismiss and dismissed the action without prejudice, Wood would effectively be precluded from re-filing due to the expired statute of limitations.

The district court ultimately denied Allergan’s motion to dismiss. However, recognizing the divide among federal courts regarding whether a violation of the first-to-file rule could be cured by an amended pleading, the district required the parties to meet and confer to discuss whether an interlocutory appeal would be appropriate. Allergan subsequently moved for interlocutory certification of the court’s order, culminating in the Second Circuit’s recent decision to consider the issue.

2 We wrote about the D.C. Circuit case. 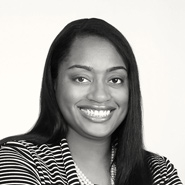 News and Insights on the the False Claims Act 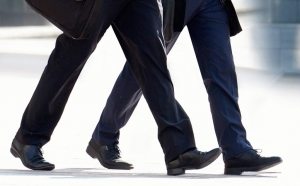 Second Circuit: The First-To-File Rule Is Not Jurisdictional
Go