A Procedural Gamble: Board Prior Art Rejection Did Not Violate the Administrative Procedure Act 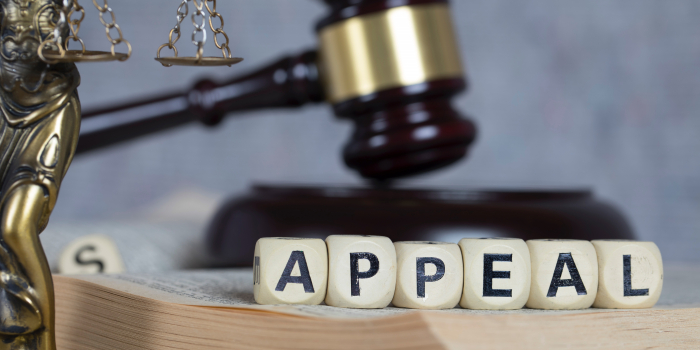 In FanDuel, Inc., v. Interactive Games LLC, No. 2019-1393 (Fed. Cir. July 29, 2020), the Court of Appeals for the Federal Circuit held that the Patent Trial and Appeal Board (Board) did not violate the Administrative Procedure Act (APA) by rejecting the prior-art combination on which it instituted inter parties review (IPR).

The relevant patent claims related to a method of gambling on a mobile device.[i] The first independent claim (claim 1) claimed a method of generating different gaming experiences based on a user’s physical location.[ii] The claim at issue in the appeal—dependent claim 6—contained all of claim 1’s content, and it additionally claimed the use of “a lookup table which contains an ordered list of locations and associated game configurations[.]”[iii]

During the ensuing proceedings, the patent owner argued that one of the petitioner’s three references did not qualify as prior art. But the patent owner did not specifically dispute that the three references, taken together, disclosed claim 6’s “lookup table” and “ordered list” limitations.[iv] In other words, after the Board instituted the IPR, the parties did not present further arguments regarding whether the three-reference combination disclosed claim 6’s unique limitations.

In the final written decision, however, the Board found that the three-reference combination, on which it instituted the investigation, failed to disclose claim 6’s “lookup table” and “ordered list” limitations. The petitioner argued that this decision violated the APA because the Board rejected the prior-art combination on which it instituted the IPR, without any further development of the issue on the record.

The APA requires that a party receive “notice of the issues” and that the Board “not change theories midstream without giving the parties reasonable notice of its change.”[v] Notice is the key.[vi] But the Federal Circuit rejected the petitioner’s claim to lack of notice, noting that such an argument “strain[ed] credulity.”

The Federal Circuit found that the Board need not give notice for two reasons.

First, the Board need not provide notice because a petitioner carries a different burden of proof for institution of an IPR and to succeed in showing unpatentability.[vii] The Board institutes IPR based on “a reasonable likelihood that a petitioner will succeed; whereas the petitioner must ultimately prove invalidity by a preponderance of the evidence.”[viii]

The petitioner cited the Federal Circuit’s prior statement that “encouraged the Board to ‘change its view of the merits after further development of the record[.]”[ix] The petitioner argued that means that the Board must have some further record development in order to “change its view” between institution and the final written decision.[x] The Federal Circuit rejected this argument, noting that its prior statement related specifically to the facts of that case, and that it had not “announce[d] a condition precedent” to the Board rejecting a prior-art combination on which it instituted an IPR, despite the lack of post-institution development.[xi]

Second, the Federal Circuit found that “[r]equiring further post-institution record development … would effectively and impermissibly shift the burden to the patent owner to defend its claim’s patentability.”[xii] But “the burden of proving invalidity in an IPR remains on the petitioner throughout the proceeding.”[xiii]

This case should serve as a warning to petitioners to bear the burden of proof throughout an IPR.