The International Trade Commission (ITC) sits in a nondescript office building about a block farther south of the National Mall than tourists usually care to venture. Patent owners come from around the country to this tree-lined street in Washington, D.C., to seek a powerful remedy to protect their patented products: an exclusion order. An exclusion order directs U.S. Customs and Border Protection to block infringing imports at the United States border.

To obtain an exclusion order, a patent owner—known to the ITC as a complainant—must prove that (1) another party—a respondent—has imported a product into the United States (an accused product);[1] (2) the accused product infringes at least one claim of the complainant’s U.S. patent;[2] and (3) the importation of this product has harmed a U.S.-based industry (a domestic industry).[3]

1. An apparatus for securing a battery, comprising:

2. The apparatus of claim 1, wherein the metal clip is made of brass.

The complainant must prove the respondent imports the accused product into the United States.[4] This makes sense, because the ITC protects U.S.-based industry—domestic industry—from foreign, infringing products.

A complainant can often show importation with relative ease—through stipulation of the parties or shipping records.[5]

But complications can arise. For example, the Court of Appeals for the Federal Circuit (the court that considers all appeals from the ITC) recently affirmed the ITC’s finding of importation in a case in which the accused product did not infringe when it crossed the border but did infringe when used as intended after crossing the border.[6] While each individual case presents its own challenges, the complainant must prove that the respondent imports the accused product into the United States.

The complainant must also prove the accused product “infringe[s] a valid and enforceable United States patent[.]”[7] In other words, since the claims of a patent define the enforceable scope of the patent, a complainant must—just as in a federal district court—show the accused product contains or practices each element described in at least one claim of a U.S. patent.

To prove this, USA Hand Tools would likely examine physical specimens of the Model 1 drill, engage in discovery, and retain an expert witness to testify that Model 1 clip contains all of the limitations of at least one claim of USA Hand Tools’ patent.

Regarding patent validity, the ITC affords patent owners an advantage over federal district courts: The ITC does not stay—in other words, pause—investigations pending inter partes review (IPR). Patent-infringement defendants often file for IPR, asking the Patent Trial and Appeal Board (PTAB) to cancel at least one claim of the patent.[8] District courts often stay cases pending IPR. Because the PTAB has cancelled at least one claim in 80 percent of its decisions, IPR threatens the patent owner’s case.[9]

But the ITC does not stay investigations pending IPR.[10] Among other things, the ITC’s directive to a decision “at the earliest practicable time” weighs against such a stay.[11]

The substance of demonstrating infringement in the ITC differs little from in the federal district court. Using similar mechanisms of fact and expert discovery, the complainant must demonstrate the accused product infringes at least one claim of a valid U.S. patent.

Remember the ITC protects U.S.-based industry from foreign, infringing products.[13] To demonstrate an industry exists, the complainant must satisfy both prongs of the domestic-industry requirement: the technical prong and the economic prong.

To satisfy the technical prong, the complainant must demonstrate the existence of “articles protected by the patent.”[14] Put simply, this means the complainant must show a product—often its own product or a product produced under a licensing agreement—practices each and every limitation of at least one claim (not necessarily the same claim that the accused product infringes[15]) of the same U.S. patent it has accused the product of infringing.[16]

Note that a patent owner may prove either an existing industry or one in the process of being established.[19] Early-state industries are in the process of being established when “a patent owner takes the necessary tangible steps to establish such an industry in the United States” and “there is a significant likelihood that the industry requirement will be satisfied in the future.”[20] For example, the commission found that a complainant satisfied the domestic-industry requirement when the party had invested significantly in facilities and equipment, labor and capital, and exploitation of the relevant patents but had not yet engaged in commercial production of goods.[21]

To satisfy the economic prong, in the hypothetical, USA Hand Tools would need to argue its investment in the office space and assembly plant, the employment of its engineering team, and its assembly of the Model A drill satisfy the economic prong. Beijing Hand Tools may argue the sourcing of products from outside the United States weighs against USA Hand Tools. Furthermore, Beijing Hand Tools might attempt to demonstrate USA Hand Tools can only apportion a small amount of its overall investment to the alleged domestic industry if the engineers spent only a small amount of time developing the patented clip.

The ITC offers the exclusion order to those looking to protect patented products from infringing imports. The exclusion order offers one of the most uniquely powerful remedies available to patent owners: a directive to U.S. Customs and Border Protection to block infringing products at the border.

Patent owners who can demonstrate the three requirements discussed above—importation, infringement, and domestic industry—may obtain the benefit that an exclusion order offers to a patent-protected, U.S.-based industry.

[13] Note that a foreign-based company may satisfy the domestic-industry requirement, if it can satisfy both the technical and economic prongs. 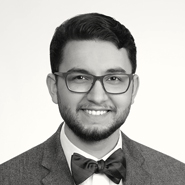