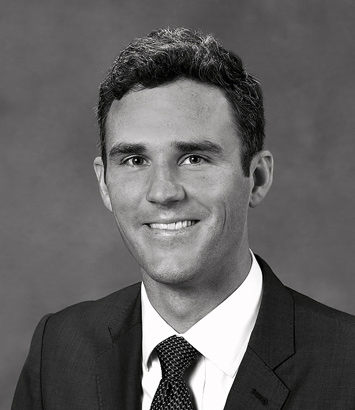 John focuses on the preparation and prosecution of patents (domestic and international) in the mechanical and electromechanical arts, as well as providing clearance and patentability studies, and counseling clients in various intellectual property matters.

He graduated from the University of Texas School of Law and served as an active member of the Economic and Community Development Clinic helping clients protect their intellectual property and structure their assets.

He received his B.S. in Mechanical Engineering from the United States Naval Academy and graduated from the Navy’s Nuclear Power School in Charleston, South Carolina. Detail oriented and goal driven, John served as a submarine officer aboard the USS Florida, ultimately qualifying as ship’s engineer and earning various awards including the Navy’s Commendation Medal.

John holds an active Top Secret security clearance and has studied the German language while deployed to Stuttgart, Germany.