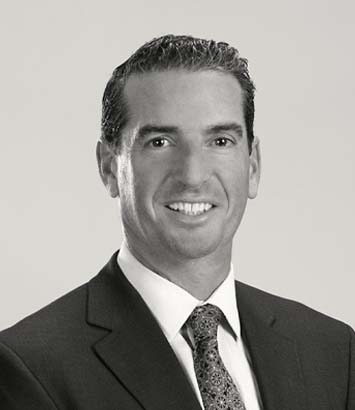 Joe is the office managing partner of the San Diego office. When serving clients, he has one goal in mind – successful results consistent with the client’s business objective.

From high-tech to tires, real property to intellectual property, Joe represents clients across all industries in varying legal disputes. He has led jury trial teams in both state and federal court, represented clients’ interests in multiple arbitrations, protected the First Amendment rights of an internet media company through appeal, slayed a patent troll by invalidating its patent and obtaining attorney’s fees for his technology client through appeal, obtained a court order directing a public university to provide access to public records under the California Public Records Act, and defended countless clients in class actions, allegations of intellectual property infringement, employment claims, and other complex business matters.

His clients range from individuals at the highest level of corporate America to Fortune 250 companies. He has represented individuals in white collar matters when their freedom is at stake and companies when millions of dollars are on the line. His clients have included a national tire manufacturer in multiple product defect lawsuits, a non-profit, scientific institute that obtained a $17 million settlement from a pharmaceutical company, an international software company that successfully sued to obtain payment from a Fortune 150 company, and multiple online retailers in class actions. He also advises clients before a lawsuit is filed to help avoid the costs often associated with litigation.

In addition to his work in government, he worked at two AmLaw 100 law firms before starting his own firm, which he grew exponentially in three years. His prior firm merged with Dinsmore on November 1, 2015, establishing Dinsmore’s first California office.

In addition to his work for clients, Joe has been a leader in the legal community. He currently serves on the Southern District of California's Standing Committee on Discipline and as Vice President of the San Diego Federal Bar Foundation. He previously served as the chair of the merit selection panels for the appointment of four U.S. magistrate judges and as the chair of the panel on the reappointment of Magistrate Judges Mitchell D. Dembin and Bernard G. Skomal. He serves on the national Board of Directors for the Federal Bar Association and previously served as the FBA’s 9th Circuit vice president, the FBA’s San Diego chapter president, the co-chair of the Lawyer Representatives of the Southern District of California, and the chair of the committee on the 50th anniversary of the Southern District.

Joe is also a leader in the broader community. He currently serves on the North San Diego Chamber of Commerce’s Board of Directors, the San Diego Regional Chamber of Commerce’s public policy committee, the board of directors of St. Vincent de Paul’s Village, the advisory board for the North County Food Bank, the San Diego Steering Committee for Just the Beginning, and as a member of the Rancho Bernardo Rotary. He previously served as a commissioner on the City of San Diego Ethics Commission.