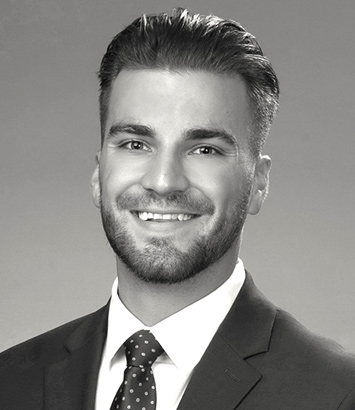 Defining the Standard of Friendship in Insider Trading Cases After Salman

In 2014, Mathew Martoma, a former portfolio manager for S.A.C. Capital Advisors L.P. (SAC), was sentenced to nine years in federal prison for employing an insider trading scheme, which resulted in approximately $275 million in profits and avoided losses for himself and SAC. The sentence was one of the most severe penalties handed out for an insider trading conviction and has since been appealed. The appeal remains in the balance after the Second Circuit Court of Appeals ordered a re-argument on March 1, 2017, based on the United States Supreme Court’s recent decision in Salman v. United States, 137 S. Ct. 420 (2016). Salman clarified the requirements for a “personal benefit” in insider trading cases, and the Martoma appeal will be watched closely to determine how the lower courts will interpret the Salman opinion.

Insider trading cases are generally governed by § 10 of the Securities Exchange Act of 1934 and SEC Rule 10b-5 (17 CFR § 240.10b-5), which was promulgated pursuant to the SEC’s power under the Exchange Act. Among other prohibitions, Rule 10b-5 states, “It shall be unlawful for any person... to engage in any act, practice, or course of business which operates or would operate as a fraud or deceit upon any person, in connection with the purchase or sale of a security.” While Rule 10b-5 does not speak specifically to the issue of insider trading, the anti-fraud provision has been applied by the courts to cover such practices, whether committed by corporate insiders or outsiders.

The landmark case that established insider trading liability for persons who are not corporate insiders is Dirks v. S.E.C., 463 U.S. 646 (1983). In Dirks, the Supreme Court held, “A tippee assumes a fiduciary duty to the shareholders of a corporation not to trade on material nonpublic information only when the insider has breached his fiduciary duty to the shareholders by disclosing the information to the tippee [,] and the tippee knows or should know that there has been a breach.” The Court in Dirks found an insider breaches their fiduciary duty when they receive a “personal benefit” in return for sharing material nonpublic information and such a benefit could be inferred “when an insider makes a gift of confidential information to a trading relative or friend... [because] [t]he tip and trade resemble trading by the insider himself followed by a gift of the profits to the recipient.”

The Struggle Over Defining “Personal Benefit”

The language from Dirks permitting a jury to infer a personal benefit when a tippee is a trading relative or friend had become a point of contention within the lower courts. In United States v. Newman, 773 F.3d 438 (2d Cir. 2014), the Second Circuit held the sharing of information alone was not enough to establish liability, unless the relationship between the tipper and tippee is “meaningfully close” and “represents at least a potential gain of a pecuniary or similarly valuable nature.” The Ninth Circuit has since declined to follow such a narrow definition of “personal benefit” in United States v. Salman, 792 F.3d 1087 (9th Cir. 2015), and the Supreme Court agreed.

Salman involved an insider trading scheme in which Maher Kara, a Citigroup investment banker, shared confidential information relating to Citigroup’s clients with his brother, Michael Kara. Michael then traded on and shared the information with his friend Bassam Salman (Maher’s brother-in-law). Salman was initially indicted for securities fraud after he earned over $1.5 million in profits trading on the confidential information. The relationship between the tipper, Maher, and the tippee, Michael, was “very close,” with Michael described as “a second father to Maher.” Salman argued because Maher had not received anything of pecuniary value, the Second Circuit’s reasoning in Newman should apply to determine the tipper had received no “personal benefit.” The Ninth Circuit refused to follow Newman to the extent it required a pecuniary gain to be received in cases where information is shared with “family and friends.” The Supreme Court resolved the split between the Second and Ninth Circuits in Salman by affirming the Ninth Circuit’s interpretation, and holding that the Second Circuit’s requirement that “the tipper must also receive something of a ‘pecuniary or similarly valuable nature’ in exchange for a gift to family or friends... is inconsistent with Dirks.”

Just How Close Is Close Enough?

The Salman decision may have a significant impact on the Martoma appeal, because juries may now “infer” personal benefits when a gift of information is made to a trading relative or friend. Matthew Martoma was convicted in 2014 of securities fraud, in connection with trades he and SAC made upon material nonpublic information acquired from two doctors regarding a drug designed to treat Alzheimer’s disease. Although the government and Martoma disagree on the strength of the relationship between Martoma and the doctors, the District Court in United States v. Martoma, 48 F. Supp. 3d 555 (S.D.N.Y. 2014) found Martoma consulted with one of the doctors 43 times, generally by phone, for over two years. On appeal, the Second Circuit ordered a second round of arguments following the Salman decision.

While the Second Circuit may avoid addressing Salman if they find the tippers in Martoma received pecuniary benefits, both counsels filed briefs regarding Salman’s effects on Martoma. Martoma’s counsel suggests the Salman decision only applies to cases where the tipper and tippee “share a close family relationship” and does not overrule Newman’s requirement of proving a “meaningfully close personal relationship.” Martoma’s counsel finds this to be “critical because [Martoma’s] case manifestly does not involve the kind of close personal relationship... [as] in Salman.” The government believes Martoma had developed a friendship with the doctors based on testimony from one of the doctors stating he “thought [they] were friends,” and this relationship was sufficient to establish a “personal benefit.”

The forthcoming Second Circuit decision in Martoma is highly anticipated as it may be a first look into how the lower courts will interpret the Salman interpretation of a “personal benefit.”

If you have any questions regarding any of the discussed cases, or you need assistance with any related matters, contact a member of Dinsmore & Shohl’s White Collar Crime or Corporate Group.