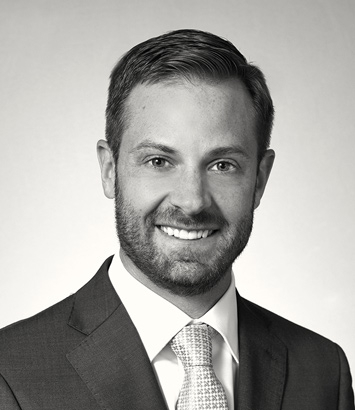 The United States is unique among industrialized nations in not requiring employers to provide employees paid family leave, instead mandating that large employers provide up to 12 weeks of unpaid leave pursuant to the Family and Medical Leave Act (FMLA). While there have been sporadic efforts at the federal level to expand family leave rights beyond those provided by the FMLA, those efforts to date have stalled, and the gap is being filled at the state and local levels or from private employer initiative.

In March 2015 at the federal level Congressional Democrats proposed the Family and Medical Leave Insurance Act1 (FMLI) requiring that employers offer workers approximately two-thirds of their normal pay when taking up to 12 weeks off to care for newborns, elderly parents, a sick spouse or themselves for medical issues. The FMLI calls for funding both by workers and employers through use of an additional payroll tax. Under the FMLI both workers and employers would pay 0.2% of the worker's wages. Since its introduction, the FMLI has not gained traction and has not made it out of House or Senate committees.2

Similarly, a Republican-backed effort to amend the Fair Labor Standards Act (FLSA) through passage of the Family Friendly and Workplace Flexibility Act3 (FFWFA) would allow for paid family leave, albeit through a different mechanism. The FFWFA would allow hourly employees in the private sector to bank compensatory time, accrued at a rate of 1.5 times their regular hourly rate, for any work completed over 40 hours in a work week in lieu of overtime pay. This compensatory time could then be used as paid family leave in the future. Federal employees currently enjoy similar arrangements. Similar to the FMLI, the FFWFA has not made it out of the Senate Committee on Health, Education, Labor & Pensions.4

Finally, President-Elect Donald Trump supports six weeks of paid leave for mothers. His plan would give women whose employers do not offer paid leave the ability to collect six weeks of unemployment when they have a child. However, Trump’s plan may be dead on arrival when he enters the oval office next week given marked criticism from both sides of the aisle. In the absence of federal action, individual state governments and private employers have begun to act. To date, three states — California, New Jersey and Rhode Island — currently offer six or more weeks paid family and medical leave. There are also efforts in multiple other states, including Minnesota, Connecticut, Hawaii, Illinois, Indiana, Missouri, Oklahoma and Vermont, to get some form of paid family leave laws on the books. For instance, New York will join California, New Jersey and Rhode Island, effective Jan. 1, 2018, after passing the Paid Family Leave Benefits Law during the 2016 session.5 New York’s plan, the most generous state law plan to date, will allow most workers in New York to take 12 weeks in a 52-week period to care for a new child or ailing family member.

In the private sector, many large companies are embracing paid benefits. For example, later this month American Express (Amex) will expand its paid parental leave policy for mothers and fathers to 20 weeks at full pay, plus another six-to-eight weeks for women who give birth and require medical leave. Full-time and part-time employees who have worked at Amex for at least a year are eligible. In taking this step, Amex joins a growing list of companies that have made their parental and family leave policies more generous in the past two years, including IKEA, Etsy, Spotify, Netflix, Adobe, Twitter, Google, Johnson and Johnson, Facebook, Goldman Sachs, Reddit, Bank of America, and Yahoo.

While the move toward paid leave may not be coming from federal action, the topic of paid leave certainly is on the doorstep, either due to state or local action or to changing industry norms.