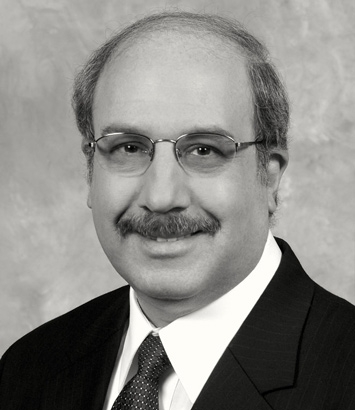 Allegations of Fraud Against a Home Services Provider

We represented a residential home services provider in a dispute pending in the Montgomery County, Ohio Court of Common Pleas. The case involved allegations of fraud and alleged violations of Ohio’s Consumer Sales Practices Act. We successfully pursued an appeal to enforce the provisions of an arbitration agreement between the parties. As a result of the victory in the court of appeals, we were able to assist the client in obtaining a favorable settlement of the litigation. The Motion we prepared to Stay the Proceedings and Compel Arbitration was selected for inclusion in Ohio Forms of Pleading and Practice.
Michael S. Glassman, H. Toby Schisler

This case, brought by five plaintiffs, was pending in the Court of Common Pleas for Cuyahoga County. The Court granted summary judgment in favor of our client Wine Distributors on plaintiffs’ age and race discrimination claims and entered against plaintiffs for breach of severance agreements.
Michael S. Glassman

Plaintiffs brought a class action against the Company and pension plan administrator.  All claims were eventually dismissed on summary judgment, resulting in a complete dismissal of the class action litigation.
Michael S. Glassman

Success in the business world boils down to employees, and for organizations as large as Castellini Group of Companies, risks often accompany success.  Preparing for those risks and preserving the best interests of the business requires a delicate balance, which can only be struck through proper planning and a clear vision.

With Castellini and its approximately 1,500 employees, Dinsmore has a long history of taking a proactive approach and partnering with our client to provide counsel on critical labor and employment matters.  We have assisted various Castellini entities in negotiating with the unions that represent employees and providing advice about the administration of the resulting collective bargaining agreements.  Currently, approximately 400 employees are covered by three separate collective bargaining agreements at locations in Ohio and Kentucky.

Following several acquisitions of related companies over the years, most notably Crosset Company, our team also has worked closely with company management on complex labor issues, including the recognition of the existing union and the integration of unionized and non-unionized employees into the Castellini family.  We also provided counsel with regard to a complex decertification election at Club Chef in which the employees voted to no longer be part of a union, where all of the company’s campaign materials, as well as the NLRB election ballot, were produced in three languages.  Additionally, when Castellini has closed sites to consolidate aspects of its operations, we have handled both the termination of existing collective bargaining agreements and the preparation of separation agreements for both union and non-union employees.

In addition to traditional labor counseling, our team also provides employment counseling and advice in a wide variety of areas, including matters involving individual employees, the implementation of affirmative action plans,  providing supervisory training, and addressing non-compete concerns involving potential and former employees.  On the regulatory side, we interface with EEOC and OSHA representatives, and have represented Castellini in dealings with the Department of Transportation, as well as the Department of Labor’s Office of Federal Contract Compliance Program.

The relationship we share with Castellini is akin to a partnership.  Given the size and scope of Castellini Group of Companies, there have been very few issues over the years that have resulted in employee or union grievances, arbitrations, charges, lawsuits or similar proceedings.  This exemplary record is due not only to ongoing diligence of Castellini management and the high level of integrity with which it operates, but also to its recognition of the importance of involving counsel early-on when decisions may have labor and employment implications.

We work closely with Castellini to achieve their business goals, enabling them to achieve their objectives of operating with integrity and maintaining a trustworthy relationship with both union and non-union employees.  Their efforts to involve us early in projects and reach out to us proactively to discuss proposed actions, enables us to find the right path forward, together.

Niles alleged that his former employer, National Vendor Services, Inc. ("NVS") discriminated against him because of an alleged disability in violation of ORC § 4112, and that NVS also violated the Family and Medical Leave Act. The trial court granted NVS’s motion for summary judgment. Niles appealed the summary judgment to NVS, and the appellate court upheld summary judgment in favor of NVS.
Michael S. Glassman