A Portland Project Keeps It Funky, With Design and Funding

New York Times
Share This Page
The New York Times spoke with Guerilla Development’s owner, Kevin Cavenaugh, about his passion to develop urban areas by allowing the everyday people living in the neighborhood to participate in the deal. Dinsmore helped Cavenaugh make his dream a reality. Long before the SEC’s rules on crowdfunding became effective, the Dinsmore team showed Kevin Cavanaugh and his team at Guerilla Development how to pair an existing exemption, Regulation A, with crowdfunding. During the process, the SEC updated Regulation A with new rules referred to as Regulation A+. The Dinsmore team rolled the Reg. A offering into the new Reg. A+ rules, making this project one of the first to use Reg. A+. 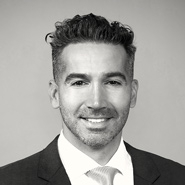