Dinsmore & Shohl LLP is proud to announce that litigation associate Elvira Cortez was presented Thursday evening as the new president of Lawyers Club of San Diego.

The club, which has over 1,300 members, has a primary mission of advancing women’s equality in law and society. Cortez began her presidency at the club’s annual dinner, where she addressed more than 750 attendees. The keynote speaker at the prestigious event was Dahlia Lithwick, a senior editor at Slate.

Cortez first joined the club in 2011 and has since served as the co-chair of the Diverse Women’s Committee, a member of the board, co-chair of the annual dinner and vice president of finance and fundraising. Given her fast ascent through the organization, she was encouraged by her peers to run for president and was elected by the board.

“It is a wonderful recognition of Elvira’s leadership, her trust in the legal community, her confidence as a lawyer, the trust her clients have in her and her commitment to equality in the law,” said Dinsmore San Diego Office Managing Partner Joe Leventhal. “I couldn’t be prouder of her and her hard work.”

Cortez’s passion and drive for equality fits seamlessly with the mission of the club and the responsibilities of the presidency.

“Women continue to be underrepresented in the legal profession,” she said. “This year marks the 150th anniversary of when the first woman passed the bar in the United States. But despite that, we’ve only had four Supreme Court justices who are women, two who have been attorney general, and it wasn’t until 1962 that the first Latina attorney was able to practice in California. When I look at those numbers and compare them to the fact that women are graduating at higher levels than men from law school, and yet we continue to be underrepresented at many firms and in leadership positions, it’s concerning. And Lawyers Club of San Diego is the only organization that I know of that focuses on providing programming for women to be able to learn to develop a book for business, or how to make the pitch to a partner to get a big case, or to ask for a better salary or flexible work schedule.”

And those are the key areas of focus she hopes to develop throughout the course of her time as president. In the private sector, she wants to see women master developing a book of business.

“You can master your craft and put in your hours, but if you have no book of business, then you’re vulnerable,” she said.

In the public sector, she’d like to see more women achieve positions of power.

“Women who are public attorneys need to achieve leadership positions,” she said. “That’s where the decisions are made and that’s how we can start demanding better policies.”

Cortez, a 2009 graduate from the American University Washington College of Law, joined Dinsmore in 2017. Her presidency with Lawyers Club of San Diego will run through 2020. 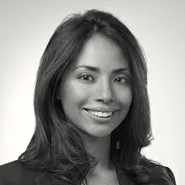