Pisano presented awards to two high school students for their projects on behalf of the Pittsburgh Intellectual Property Law Association (PIPLA). He became involved with Pittsburgh Regional Science and Engineering Fair via the educational outreach committee for PIPLA.

One of the wining projects used a 3D printer to create prosthetic limbs for children in developing countries. The winner created a new design that is cheaper to manufacture to benefit these children who would otherwise be unable to afford them. The other winning project created an autonomous drone that is capable of going to an emergency site to seek out problem areas to better prepare first responders arriving on the scene.

“I continue to be impressed year after year with the projects these teens submit. They come up with amazing ideas using today’s technology that are way more advanced from the baking soda/vinegar volcanoes and basic circuits that most kids did when I was their age. It’s a great honor to review the work of these budding engineers and scientists,” said Pisano.

A member of Dinsmore’s Intellectual Property Department, Pisano has extensive experience working with clients to protect their brands, innovations and ideas. He focuses his practice on patent and trademark prosecution, as well as intellectual property litigation.

His practice includes a variety of areas, including computer hardware and software, electrical, mechanical, chemical and biotechnology. An experienced computer and software programmer, he also has particular experience with smartphone applications, having used his knowledge to author several applications.

Pisano previously served as in-house counsel for a Fortune 500 corporation, enabling him to examine intellectual property issues from both a legal and business perspective in order to protect his clients’ interests. Prior to joining Dinsmore, he practiced in the Pittsburgh office of Pepper Hamilton LLP. 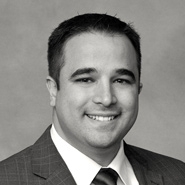