April Meyers (pictured with Mr. Redlegs) and Patti Super represented Dinsmore during Reds' pre-game festivities, which highlighted businesses that employ people with disabilities through the organization Living Arrangements for the Developmentally Disabled (LADD). Hiring individuals with disabilities is one way the firm promotes diversity in the workplace.

“April has been such a blessing here. It is a pleasure that when you give her something to do, you can count on her getting it down and then being eager to move on to her next project. Now I can’t imagine her not being here. I hope that April will be with us until I retire,” said Patti, April's supervisor. 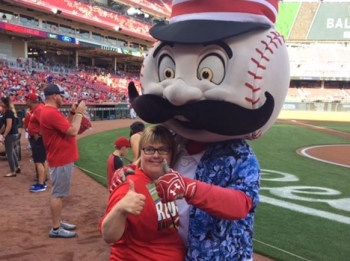 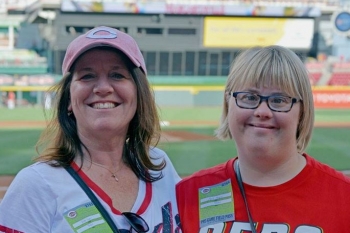 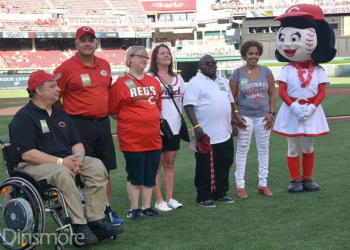