Tweel comes to Dinsmore from Gordon Feinblatt, LLC in Baltimore, Maryland, and previously worked as a compliance consultant for a registered investment advisor with numerous benefit plan clients in the Midwest. He has substantial experience in an array of legal issues relating to all types of benefit plans, ERISA and Internal Revenue Code compliance, health care reform, and nonqualified deferred compensation plans.

Outside the office, Tweel is on the board of directors for Stocks in the Future, a non-profit organization that teaches financial literacy to at-risk middle school students, and he was nominated for the Cystic Fibrosis Foundation’s Maryland’s Finest award in 2018. He is also an avid runner, traveler and the new parent of a one-month-old son.  Tweel earned his LL.M. in taxation from Georgetown University Law Center after his completing his J.D. and B.A. at the University of North Carolina.

Lazares comes to Dinsmore from Rittgers & Rittgers, where he spent the past few years litigating 10 jury trials to verdict, as well as litigating many bench trials and preliminary hearings.  During his time as a trial attorney, Lazares was also a prosecutor for the Hamilton Municipal Prosecutor’s office.  When he was not trying cases, Lazares advised university students and faculty in Title IX-related disciplinary matters.  Lazares also served as an adjunct professor at the Miami University Farmer School of Business. There, he taught “The Legal Environment of Business” and coached the 2018 Mock Trial National Championship team.

Lazares earned his J.D. from the Ohio State University Moritz College of Law, where he was awarded the George A. Spiegelberg award for Best Trial Oral Advocate in the Nation.

Smarda joins Dinsmore after spending over two years clerking for the Hon. Michael R. Barrett of the United States District Court for the Southern District of Ohio.  After graduating from the University of Dayton School of Law and before her federal clerkship, she litigated complex, high-stakes civil cases at Faruki+, devoting the bulk of her practice to antitrust, intellectual property, and labor and employment matters. She has tried multiple cases in state and federal court, including cases tried on an emergency basis seeking preliminary and permanent relief.

Williams puts his Ph.D. in Organic and Medicinal Chemistry to work for his clients, helping mid-size to large companies in diverse industries protect and use their intellectual property. He has counseled a large Europe-based chemical company throughout all stages of U.S. patent prosecution, and he has prepared and prosecuted patent applications in the organic chemistry, polymer chemistry, food science, material science, aerospace and mechanical engineering fields. 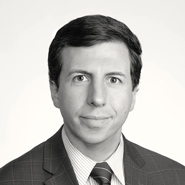