Share This Page
Dinsmore is pleased to announce that Thomas White has joined the firm. The attorney will be moving from The Law Offices of Thomas W. White, PLLC to Dinsmore’s Lewisburg office. Dinsmore opened its doors at 237 North Court Street last May under the leadership of Jason Long, who serves as the office managing partner.

"We are extremely pleased that Tom has chosen to join our growing Greenbrier Valley office," said Long. "The Lewisburg office has been focused primarily on education law and creditor rights in the past. However, his addition to our group of 200 litigators will help ensure that our clients in West Virginia and throughout the Midwest will receive the best legal representation possible when faced with issues in this field."

Dinsmore is the largest law firm with a presence in West Virginia with 475 attorneys according to The State Journal. Celebrating its 10th anniversary in the Mountain State, Dinsmore has grown to more than 55 attorneys across West Virginia since opening its first office in Charleston in 2002. Offices later opened in Morgantown and Wheeling in 2007, followed by Lewisburg in 2011.

Dinsmore’s growth played a big part in recruiting both White and Pettijohn to the firm.

“The bottom line for me was that Dinsmore has a broader, national-based practice,” said White. “The clients I represent have interests that extend well beyond the Greenbrier Valley, so that made it a good match.”

White focuses his practice on general litigation with an increasing emphasis on corporate law and defense-oriented litigation. He represents a wide range of client matters, from boundary line disputes and easement actions to breach of contract actions and criminal defense. White currently serves as the Chairman of the Board of Directors for both Carnegie Hall of West Virginia and the United Way of the Greenbrier Valley. 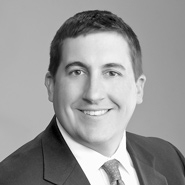