J.T. Wilson III, a labor and employment partner in Dinsmore & Shohl’s Chicago office, received two prestigious honors to begin the new decade. He was named both a Leadership Council on Legal Diversity (LCLD) fellow and he received the AV Preeminent rating from Martindale-Hubbell.

LCLD is a national organization training program designed to build relationships and leadership skills among diverse attorneys and the firms at which they work. Launched in 2011, the LCLD Fellows program aims to increase diversity at the leadership level of law firms and legal departments. Wilson is one of about 200 diverse attorneys in the 2020 fellow class.

“This ranks among my proudest career achievements, and I’m honored to have been nominated,” Wilson said. “It’s quite humbling and encouraging. To join the other LCLD fellows, many of whom carry high regard in our profession, is very exciting.”

Wilson was nominated for the fellowship by Dinsmore Diversity Committee Chair Marty Dunn.

“We are thrilled to have J.T. as a member of our firm. He’s not only a highly skilled lawyer, but he also brings tremendous leadership in Chicago and nationally within his extensive network,” Dunn said. “J.T. will be a great addition to the LCLD’s Fellows Program – a best-in-kind professional development and enrichment program that Dinsmore has been honored to support for several years.”

Wilson’s AV Preeminent rating is also among the most prestigious peer-review awards in the industry. A mere 10 percent of attorneys who submit for peer reviews through Martindale-Hubbell receive the distinction, which demarcates “only those lawyers with the highest ethical standards and professional ability.” Peer reviewers include colleagues and opposing counsel across geographic locations in similar practice areas as the reviewed attorney.

“It’s encouraging to know that people have a certain level of respect for my legal abilities and professionalism,” Wilson said. “To have some of the best lawyers in the country say I practice at a level warranting this rating is reassuring. As a litigator, we’re not in the best of situations with opposing counsel. Sometimes our work takes years. So I’m glad I have made a lasting positive impression on opposing counsel who reviewed me, and I’m motivated to continue my standard of work.” 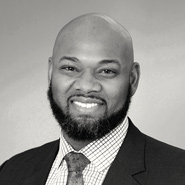 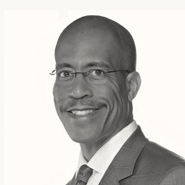