Last May, Dinsmore & Shohl LLP was named a top law firm for women attorneys by Law360’s Glass Ceiling Report. This year, Dinsmore is continuing to push forth the firm’s emphasis on diversity and equality.

Toni Carter, Walmart’s regional HR director, invited Lenny Asaro, a Dinsmore real estate partner based in Chicago, to speak at last week’s Walmart Region 59 Women in Leadership Summit, which was subtitled “Empowered, Energized and Fit for the Future,” in Charlotte, North Carolina. Karinda Washington, chief of staff at the Department of Homeland Security, was the keynote speaker.

Asaro spoke in front of more than 200 attendees on the event’s second panel, called “The Future of Gender Diversity and Inclusion: What’s Next for Female Leaders?” and he also led separate group discussions throughout the day, primarily focused on effective mentorship.

“One of the messages that I tried to convey is that you have to empower those who you are leading, and learn from those you are leading to become a better leader,” Asaro said.

The two personality traits he said he has found to be instrumental to his success are being personable and tenacious. While that can certainly apply to a person of any gender, he said it could be especially useful to women striving for equality and leadership roles in the workplace.

“Unfortunately, even in 2019, the notion persists that women must excel at higher levels in order to be heard or have a seat at the table,” Asaro said. “I was honored to contribute to the summit to help chip away at this stubborn notion and to inspire women to be tenacious, be personable and be themselves.”

And he credited the women who have mentored him through two-plus decades of professional work for helping to hone those traits.

“Throughout my career, I’ve had the good fortune of having women in leadership positions who have championed me, challenged me and given me the opportunities to succeed,” Asaro said. “I’ve always been tenacious and an extrovert, but the women who have been my mentors and leaders helped me shape and refine my leadership and mentorship abilities.”

Now Asaro is in a position to pay forward the mentorship he has received, particularly to women and minorities who may find that achieving success requires significantly more legwork than what is asked of others.

“Being a person of color, I understand how it feels to not be the majority and feel that performing above average is not good enough,” he said. “So I have that shared experience with women who may share similar experiences in their efforts to secure leadership roles and responsibilities. I can share strategies, experiences and ideas to empower women and help reinforce their sense of confidence as they lead and seek to lead.”

Asaro left Charlotte with a sense that both the attendees and speakers benefited greatly from the summit, and that it can have real-life application, not just in his work at Dinsmore but in the professional world at large.

“By having these summits, women are empowered to believe that they can lead, take on additional responsibilities, achieve goals and overcome obstacles that reinforce that belief,” he said. “As far as I’m concerned, we’re all in it together.” 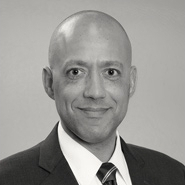