Dinsmore & Shohl has added Ann Charles Watts as an associate to the firm’s Dayton office. Watts will practice out of the tax, benefits, and wealth planning practice group, focusing on estate planning, probate, charitable gift planning, and nonprofit law, as well as guardianships and adoptions.

Watts joins Dinsmore after many years in the nonprofit sector, running her own private practice as a fundraising and organizational development consultant. She brings extensive experience working with hundreds of organizations nationwide, including Habitat for Humanity International, the Air Force Museum Foundation, Ohio CASA, and the U.S. Peace Corps.

Watts has served on numerous boards, including the Seedling Foundation at Stiver’s School for the Arts. She was the founding chair of Habitat for Humanity of Ohio and is an active member of both the Rotary Club of Dayton and the Association of Fundraising Professionals, Greater Dayton Chapter. 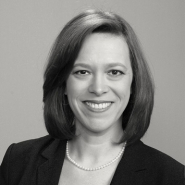