Share This Page
Dinsmore & Shohl’s Ellen Arvin Kennedy has been named to the latest class of Leadership Kentucky. The 2014 Class has a total of 65 members from across the Commonwealth.

As a participant in the leadership program, Kennedy will attend seven monthly sessions throughout Kentucky that focus on a variety of topics impacting the Commonwealth, from education to economic development. The overall goal is to challenge its members to take an active role in shaping Kentucky’s future. Leadership Kentucky is one of the oldest statewide leadership programs in the U.S. and will celebrate its 30th Anniversary during 2014.

Kennedy is a Partner in the firm’s Corporate Department and a member of the Bankruptcy and Restructuring Group. She has extensive experience in handling commercial bankruptcy, insolvency and creditors’ rights matters for clients, including advising Chapter 11 and liquidating trustees and both creditors and debtors in complex liquidations and corporate wind-downs. 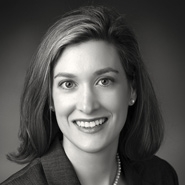