Combs took on the role of President-Elect at this month’s CBA Annual Meeting and will become the CBA’s 124th President in May 2015. He has served two terms on the CBA Board of Trustees and most recently served as Vice President. Over the years, Combs has been involved in many capacities at the CBA, chairing the CBA’s high school mock trial program as well as the Young Lawyers Section. He has also served on the Admissions Committee, the Professionalism Committee and the Member Services & Development Committee.

“I am honored to be the President-Elect, and I look forward to working with our Board and current President John Tafaro over the next year to create and adopt a strategic plan for the Bar Association. And I will be excited to begin executing that plan during my year in office,” said Combs.

Combs is a partner in the Litigation Department and a member of the firm's Entertainment, Media and Sports Practice Group. Combs also teaches Sports Law as an adjunct professor at the University of Cincinnati College of Law. 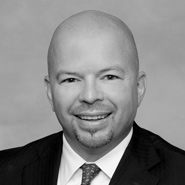