Share This Page
Dinsmore & Shohl’s Jim Cleveland has been selected as a Fellow of the Litigation Counsel of America (LCA), a prestigious honor society for trial attorneys.

Cleveland was named a fellow in March 2015 and will be inducted at the LCA’s Fall Conference & Celebration of Fellows. The LCA is an association of highly accomplished attorneys who have built a strong ethical reputation. It’s very selective, and membership is by invitation only.

Cleveland joined the firm through the Huddleston Bolen merger in early 2015 and formerly served clients out of the Ashland, Kentucky office. Now with Dinsmore, he is a Partner located in the Huntington, West Virginia office. In order to serve clients throughout the state of Kentucky, Cleveland regularly splits time between the Huntington and Lexington Offices. Throughout his impressive 40+ year career, he has been the lead attorney in cases involving FELA, railroad crossings, medical malpractice, automobile insurance defense, and labor relations in some of the toughest venues in Eastern Kentucky.

About Litigation Counsel of America
The LCA is a trial lawyer honorary society composed of less than one-half of one percent of American lawyers. Fellowship in the LCA is highly selective and by invitation only. Fellows are selected based upon excellence and accomplishment in litigation, both at the trial and appellate levels, and superior ethical reputation. The LCA is aggressively diverse in its composition. Established as a trial and appellate lawyer honorary society reflecting the American bar in the twenty-first century, the LCA represents the best in law among its membership. The number of Fellowships has been kept at an exclusive limit by design, allowing qualifications, diversity and inclusion to align effectively, with recognition of excellence in litigation across all segments of the bar. Fellows are generally at the partner or shareholder level, or are independent practitioners with recognized experience and accomplishment. In addition, the LCA is dedicated to promoting superior advocacy, professionalism and ethical standards among its Fellows. 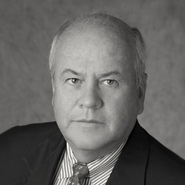