Dayton Business Journal
Share This Page
Uncertainty. That’s the theme surrounding the Affordable Care Act (ACA) and its impact on employers. While the law itself features a myriad of loopholes and caveats, Dinsmore’s Tom Whelley said most employers are stymied by the most basic source of confusion — will the law even be there after the November elections? Read the full story below to learn what companies would be impacted the most, assuming the ACA is not repealed, and the proposed short-term requirements that would take effect in 2013. 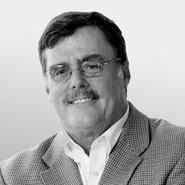