Share This Page
Dinsmore & Shohl LLP welcomes Jennifer H. Lunn to the firm’s Dayton office. Lunn will practice out of the Intellectual Property Department and work with the Opinion and Prosecution Practice Group.

Prior to Dinsmore, Lunn served as a staff member for The Journal of Contemporary Health Law and Policy at the Columbus School of Law. She was an extern for the United States Patent and Trademark Office where she reviewed requests for continued examination files and wrote office actions which dealt with life sciences and bio-technology. Lunn was also an extern at the International Trade Commission’s Office of Unfair Imports Investigation in Washington D.C. where she reviewed complaints of patent infringement.

Lunn earned her J.D. from the Columbus School of Law at The Catholic University of America in Washington D.C. She received her Doctorate in Philosophy in Chemistry from the University of Cincinnati. 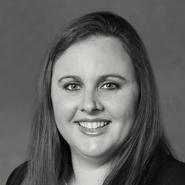