Share This Page
Dinsmore & Shohl’s John D. Luken is one of 100 “Heroes” to be honored to celebrate 100 years of the United Way of Greater Cincinnati.

The United Way's Gathering of Heroes dinner on Tuesday, April 21 recognizes the people in the community who have helped make Cincinnati’s United Way what it is today. Luken serves as Counsel to the United Way of Greater Cincinnati and as Co-Chair of its Ohio Public Policy Committee, and he has previously served in numerous other roles including as Vice-Chair of the Board. He was the initial recipient of the United Way’s Geier Family Award for United Way Leadership.

Also being honored as one of the United Way’s 100 Heroes is John (Jack) Beatty, retired Dinsmore partner, former Chair of the Firm’s Litigation Department and past Chair of the United Way Board. Dinsmore’s Managing Partner & Chairman, George H. Vincent and his wife, Kim, are serving as host and hostess of the Gathering of Heroes Dinner.

“The United Way of Greater Cincinnati is such an essential organization in our community, and I thank my fellow honoree, Jack Beatty, for getting me involved years ago. Jack was my mentor at Dinsmore when I was an associate and younger partner, and he set the standard for community service by an attorney. It’s an honor to receive this recognition with him,” said Luken.

“We’re honoring these volunteers for helping to create the kind of community we all want, with the kind of opportunities we all need,” says Rob Reifsnyder, United Way president. “These current and former volunteers, like John Luken and Jack Beatty, have helped our community move toward achieving its goals in education, income and health and building a stronger foundation for collective success. We are grateful for both their gifts of time and talent.” 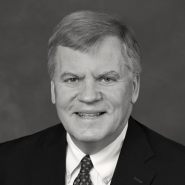 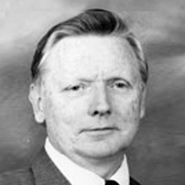