Share This Page
Dinsmore & Shohl LLP’s John E. Selent has been elected to the Actors Theater of Louisville Board of Directors.

Actors Theatre of Louisville is a non-profit performing arts theater that has emerged as one of America’s most innovative professional theatre companies. With an annual attendance of more than 140,000, it presents almost 350 performances a year. Actors Theater also hosts the Humana Festival of New American Plays, which is the premier festival in the nation that debuts new plays. Selent has been a long time supporter of Actors Theater.

“I have fond memories attending their plays that go back to when since they were held in a warehouse. To see how far the group has come is amazing, and I’m honored to join its board,” said Selent. “To have such longevity and success, I consider it the crown jewel in the arts world in Louisville and the region.”

Actors Theater has received many prestigious awards in the industry, including a Tony® Award for Distinguished Achievement. The theater also works with schools to expose students to the arts. Actors Theater was founded in 1964 and is now in its 52nd season. As a board member, Selent looks forward to helping the non-profit reach its fundraising goals.

John Selent is the Managing Partner of the Louisville office. Selent focuses his practice primarily on administrative law and commercial litigation, with a special emphasis on telecommunications and public utility law. As a member of the firm's litigation and corporate practice groups, he frequently represents clients in regulatory and commercial disputes before state and federal courts, state public utility commissions, and other administrative agencies. Selent also provides counsel with respect to regulatory and general corporate matters arising in the conduct of commercial operations in the telecommunications, energy and banking industries. 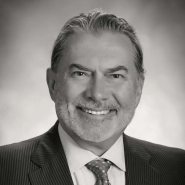