Dinsmore & Shohl LLP partner Joseph S. Leventhal has been appointed to the City of San Diego’s Ethics Commission for a four-year term.

The Ethics Commission is an independent department that does not report to Mayor Kevin Faulconer or the City Council. It is a body of appointed volunteer city officials, formed in 2001 for the purpose of monitoring, administering, and enforcing the city's governmental ethics laws. The Ethics Commission is composed of seven members appointed by the mayor from a pool of nominees nominated by the council and city attorney and confirmed by the council.

The Ethics Commission is charged with:

“I am honored and privileged to have this opportunity to serve the City of San Diego and its taxpayers,” Leventhal said. “I thank Mayor Faulconer for considering me for this position to steer good government in San Diego. I am fortunate to call San Diego my home and will give this position the attention, focus and commitment it deserves.”

Leventhal, office managing partner of Dinsmore’s San Diego office, is a litigator whose practice spans all areas of business litigation, including the defense of class actions, patent litigation, complex contract matters and white collar defense. Previously, he served as an attorney in the White House as deputy assistant to the vice president. 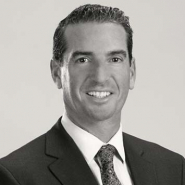