Dinsmore & Shohl LLP has welcomed associate Rebecca Trump Russell to its Morgantown, West Virginia office. She will practice in the firm’s award-winning Labor & Employment department, which was named one of the 29 best in the United States by Forbes in 2019.

Russell’s resume is decorated, as she was named to West Virginia Executive’s 2018 Lawyers & Leaders List just three months after she graduated from West Virginia University College of Law, where she was editor in chief of the West Virginia Law Review.

“We are thrilled to have Rebecca bring her extraordinary intellect and talents to Dinsmore,” said Morgantown Office Managing Partner Josh Rogers. “She is a great addition to our team.”

Russell spent the past two years in a federal clerkship for the Honorable Thomas S. Kleeh, United States district judge for the Northern District of West Virginia. As a clerk, she managed an extensive civil and criminal docket and drafted orders and opinions on a number of issues, including retaliatory discharge, the Family and Medical Leave Act (FMLA), breach of contract and more.

“I’m excited to join Dinsmore,” Russell said. “The firm has such a broad reach, both geographically and in terms of practice areas. Dinsmore has an impressive list of clients, and I know it will be a great place for me to grow as an attorney.”

Prior to law school, Russell earned her B.A. in political science and economics from The Pennsylvania State University, after which she worked for United States Senator Shelley Moore Capito as a campaign field director and legislative correspondent. 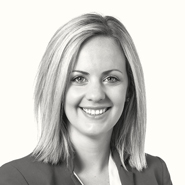