Rousseau earned her J.D. from The Ohio State University Moritz College of Law, where she served as a managing editor for the Ohio State Law Journal, and her B.A. in English from the University of Chicago. She is member of the Potter Stewart Inn of Court and serves on the board of Susan G. Komen Southwest Ohio. 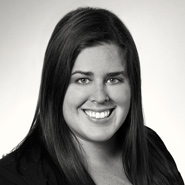