Peter A. Draugelis Appointed to Cincinnati’s Citizen Complaint Authority Board

Share This Page
Peter A. Draugelis, a partner of Dinsmore & Shohl LLP, has been appointed by Mayor John Cranley to serve on the City of Cincinnati Citizen Complaint Authority (CCA).

The CCA investigates allegations of police misconduct and works to improve the perception of police service in the City. It was established in 2003 as a result of the Collaborative Agreement between the U.S. Department of Justice and the City of Cincinnati. Draugelis is one of seven board members that are appointed by the Mayor and approved by City Council.

Draugelis is a partner in the Corporate Department at Dinsmore. Draugelis’ practice covers a broad spectrum of business and corporate matters, including mergers and acquisitions, finance, supply and distributorship agreements, and international business transactions. 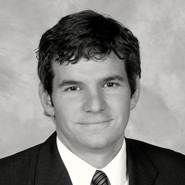