Dinsmore & Shohl LLP’s Richard “Dick” H.C. Clay has been elected to the advisory board of the Museum of Early Southern Decorative Arts (MESDA).

Clay currently serves on the board of trustees for the Speed Art Museum in Louisville and chairs its collections committee. He is a former chair of the board, and was a co-chair of the $60 million capital campaign for the Museum’s expansion project. While board chair, Clay was instrumental in securing the transformative gift of over 125 pieces of Kentucky federal furniture, known as the Bob and Norma Noe Collection. These materials, along with many other early Kentucky pieces, are now exhibited in the Speed’s Kentucky gallery. MESDA recently has also opened a Kentucky gallery that places Kentucky material culture within the context of the entire early South.

Clay is a partner in Dinsmore’s litigation department and serves on the firm’s Board of Directors and as the Firm's Kentucky ethics partner. Clay practices in the areas of business and fiduciary litigation, appellate practice and administrative law. He represents a major national church foundation with its own trust company, having served previously on its board and as its interim CEO. He has tried over 80 jury trials in state and federal court, and has argued over 35 appeals in the United States Court of Appeals for the Sixth Circuit, the Kentucky Supreme Court and the Kentucky Court of Appeals.

About MESDA
The Museum of Early Southern Decorative Arts is the preeminent center for researching, collecting, and exhibiting decorative arts made and used by those living and working in the early South. One of the museums at Old Salem Museums & Gardens, MESDA is home to the finest collection of southern decorative arts in the country. The museum is internationally recognized for its contributions to the study and understanding of the history, decorative arts, and material culture of the American South. 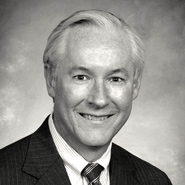