Three Dinsmore attorneys named to LBA Board of Directors

Share This Page
Dinsmore is pleased to announce Angela Edwards, Colin Lindsay and Donna King Perry have been named to the 2013 Louisville Bar Association (LBA) Board of Directors. All are partners in Dinsmore’s Louisville office.

Edwards, who will serve as the Vice-President/Treasurer, is a member of the firm’s Litigation Department and has extensive experience as a commercial litigator. She also routinely advises businesses on employee benefit plans and other benefits-related matters. She previously has served as Secretary of the LBA, and also served on the Diversity Committee.

Lindsay, who will represent the LBA in the American Bar Association House of Delegates, is also a member in the firm’s Litigation Department and handles a variety of commercial and intellectual property litigation. He has served as an adjunct instructor at the Brandeis School of Law at the University of Louisville, teaching advanced trial practice, and previously served as President of the LBA in 2009.

Perry, who is President-Elect of the Louisville Bar Foundation, is a member of the Labor and Employment Department, handling all varieties of labor and employment-related litigation. She also routinely provides training to management and supervisory personnel, as well as human resources officials, advising on new and evolving areas of labor and employment law. She previously served as a board member of the LBA.

With more than 3,400 members, the LBA strives to support and uphold the values and ideals of the legal profession. It is a leading provider of Continuing Legal Education, provides an annual evaluation of judges in Jefferson County, and operates the Kentucky Lawyer Referral Service. The LBA also encompasses the Louisville Bar Foundation, which serves as its charitable arm and has distributed more than $2 million in grants since its inception in 1981. 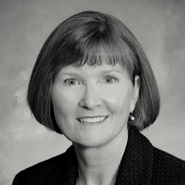