Danial and Dinsmore filed another suit against the show’s hosts and their various LLCs on behalf of a Chicago-area couple that bought a house on the program’s first season.

The article appeared in the April 16 online edition. 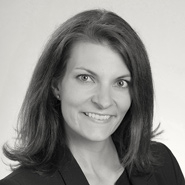