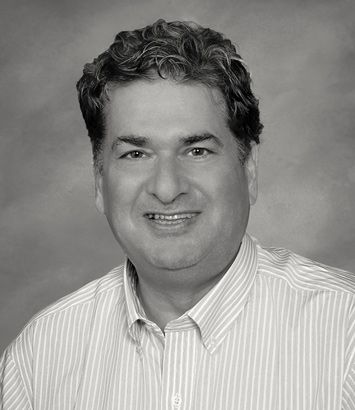 The Ohio Department of Taxation (Department) recently issued its first guidance relating to the Ohio Supreme Court’s decision in Corrigan v. Testa, 2016-Ohio-2805 (decided May 4, 2016). Corrigan involved Ohio Revised Code §5747.212, which imposes a tax on the sale of an equity interest in a pass-through entity (PTE) doing business in Ohio by a non-resident individual (NRI) who owns at least 20 percent of the PTE. The court held that it was unconstitutional under the Due Process Clause of the Fourteenth Amendment to the United States Constitution for the State of Ohio to tax an NRI under ORC §5747.212 if the NRI was not in a “unitary business” with the PTE. The court effectively ruled that the Due Process Clause precluded Ohio from imputing the PTE’s nexus with Ohio to its NRI owners absent there being a unitary business between the NRI and the PTE. The court left open the “possibility” that Ohio could tax an NRI under ORC §5747.212 when a “unitary business situation” between the equity owner and the PTE’s Ohio business is present but did not rule on that issue.

Tax practitioners have been waiting for guidance from the Department on how broadly or narrowly it viewed the holding in Corrigan. Issued October 7, 2016, Income Tax-Information Release IT 2016-01 (Release)is the first such guidance. The Department states that in its opinion the Corrigan decision is limited to situations in which the NRI or the “sale of the [equity interest]” do not have a “taxable link to Ohio.” It is not clear whether the Department means “taxable link to Ohio” to be narrower than, or the same as, the term “unitary business situation” used by the court. This leaves open the possibility that the Department will challenge situations in which there is not a unitary business, but there are stronger links to Ohio than existed in Corrigan, such as 100 percent of the business of the PTE being in Ohio or the NRI having significant non-business connections to Ohio.

Sales in Past Four (4) Years

NRIs who paid tax under ORC §5747.212 in the past four years and who were not in a unitary business situation with the PTE at the time of the sale should be entitled to a refund (subject to the caveat that the Department may also require no “taxable link to Ohio” as explained above). A state tax practitioner will be able to advise taxpayers on whether a unitary business situation exists. A caveat: NRIs who live in states that have a higher income tax rate than Ohio might find that a refund of Ohio tax has no overall effect on their state tax liability from the sale and therefore, may not wish to pursue a refund.

Taxpayers should be aware that post-Corrigan, ORC §5747.212 does not apply to an equity sale if the taxpayer is not in a unitary business with the PTE (subject to the “taxable link to Ohio” caveat explained above) even though such exception is not written into the statute. More importantly, taxpayers need to be aware that structuring a sale of a business with Ohio connections as an equity sale as opposed to an asset sale can make a significant difference for Ohio income tax purposes. For example, take the situation of a taxpayer who has moved to Florida, a state with no income tax. Assume that while the taxpayer lived in Ohio, he created a business owned by an S corporation that only does business in Ohio. He currently does not work in the business and therefore is not “unitary” with the S corporation. It is now time to sell the business. If the sale is structured as an asset sale, the entire gain from the sale will be apportioned to Ohio under ORC §§5747.21 and 5747.01(B) and be subject to Ohio income tax. However, if the sale is structured as a sale of equity, the gain will escape Ohio tax under Corrigan and also will not be taxed in Florida because Florida does not have an income tax. Consequently, a taxpayer who intends to sell a business with an Ohio connection would be well advised to proactively discuss the Ohio tax aspects of the structuring of such sale.

Past and Future Asset Sales

Corrigan does nothing for the NRIs who own an interest in a PTE that sells its assets. The gain is considered business income, and the amount of gain apportioned to Ohio under ORC §§5747.21 and 5747.01(B) will be subject to Ohio income tax. Such taxpayers could pursue an argument that asset sales should have the same results as a sale of an equity interest because they are “economically equivalent situations.” However, you should expect the Department to challenge this position and whether a court would rule favorably for the taxpayer on this issue is far from certain.