West Virginia Governor Earl Ray Tomblin (D) has signed HB 2002 into law, thus changing the state to one utilizing the modified comparative fault standard and no longer the joint and several liability standard for computation of allocation of fault. Sections 55-7-13 and 55-7-24 of the old West Virginia Code were repealed, and four new sections added 55-7-13(a)—(d). The law is effective 90 days from passage.

The bill, introduced in the Republican-controlled House on 1/5/15, was much-debated within the legal and business communities. The culmination of days of hearings, negotiations, amendments and conferences resulted in the final bill, as amended, being passed by the Senate on 2/24/15, and going to the Governor on 3/2/15.

The Key Provisions in the Law

This law represents a sea-change in the way West Virginia courts, juries and parties will approach claims for damages in actions “based on tort or any other legal theory seeking damages for personal injury, property damage, or wrongful death”.

For those of us involved in asbestos litigation, will bankruptcy trusts be considered non-parties? Given the Legislature’s recent passage of SB 411, Asbestos Bankruptcy Trust Claims Transparency Act and Silica Priorities Act, which was just signed by Governor Tomblin on 3/18/15, the legislative intent was to so include such non-parties for allocation of comparative fault.

We can answer your questions regarding the ruling. Contact your Dinsmore attorney. 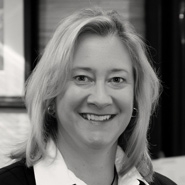