Franklin comes to Dinsmore from Stoll Keenon Ogden where he practiced more than 10 years as bond counsel, issuer’s counsel, borrower’s counsel, underwriter’s counsel and lender’s counsel. His work has spanned public utilities to arena finance to nonprofit educational institutions and has earned him AV Preeminent recognition from Martindale-Hubbell.

“Dinsmore has been a key player in some of the largest and highest profile public finance deals in Kentucky in recent years,” said Office Managing Partner Kenyon Meyer. “We are pleased to have Mark joining Bonita Black and Daniel Briscoe here in Louisville in their fantastic work for Dinsmore.”

Black was named a Woman of Influence by Louisville Business First in 2018, while Briscoe was also a 2016 Top Lawyer. The trio comprises a formidable group from which Dinsmore can continue to build its public finance offerings in Louisville, which have included the $1.5 billion Ohio River Bridges project as well as refinancing of the KFC Yum! Center.

“Joining Dinsmore affords me and my clients the benefits of the Firm’s existing multi-state public finance practice,” Franklin said. “I am excited to become part of Dinsmore’s team.” 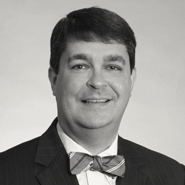