A Lesson to be Learned: Electronic Data Breaches Surge in 2014

In 2014, headline after headline reported large scale security breaches that compromised the personal information of millions of individuals. These breaches involved sensitive data that was being held electronically by some of the largest companies in the world and shined a bright light on the inadequacies of information technology and security solutions being utilized to protect personal information. Electronic data breaches did not spare the health care industry either. As health care entities continued to transition to electronic recordkeeping, the risks of a breach of electronically protected health information (ePHI) grew significantly. The FBI’s Cyber Division addressed this growing concern in early 2014, warning health care providers that their cybersecurity systems were increasingly vulnerable to attacks due to the transition to electronic health records, lax cybersecurity standards compared to other industries, and the higher value of health data compared to credit card numbers. While credit card numbers and Social Security numbers typically sell for $1- $2 on the black market, health insurance credentials can be worth upwards of $50.

Confirming the FBI’s warning, a report from the Identity Theft Resource Center found that health care data breaches accounted for 43% of major data breaches in 2013, and was on the same pace for 2014. Other studies have shown that up to 90 percent of health care organizations have experienced at least one data security incident in the past two years. Thus, it is no surprise that the Office of Civil Rights (OCR), the government entity that enforces HIPAA privacy and security rules, was on high alert this year. Examples of the most significant e-PHI-related incidents occurring in 2014, with expected enforcement by the OCR, include:

The OCR has been warning of a more aggressive approach to HIPAA privacy and security enforcement. While the OCR lost some funding for its budget in 2014, resulting in a lower enforcement rate than anticipated, there was an increase in the issuance and amount of monetary penalties for confirmed breaches. In fact, 2014 represented the greatest number of HIPAA settlements by the OCR to date. Of the largest monetary penalties issued last year, most unsurprisingly centered on a breach of ePHI. The following are the most substantial OCR settlements concerning a breach of ePHI in 2014:

While technological advancements undoubtedly improve the quality and cost of health care services, the increased risks associated with security breaches and the substantial consequences that accompany those breaches must be at the forefront of discussion. We predict 2015 will bring with it an even greater number of reported security breaches with the ever-growing reliance on cloud computing and storage of ePHI on mobile devices. As health care entities continue to become more reliant on electronic storage of data, they must redouble their efforts to keep ePHI adequately protected.

Health care entities and other companies who operate in the health care space with questions on how to protect themselves from a costly security breach should contact Jennifer O. Mitchell or Matthew A. Arend at Dinsmore & Shohl. 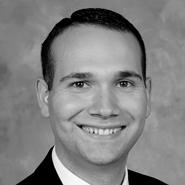