The Affordable Care Act reorganized, amended, and expanded Part A of Title XXVII of the Public Health Service (PHS) Act, adding, among other items, the patient protections provisions that appear in PHS Act Section 2719A. The Affordable Care Act then inserted PHS Act Sections 2701 through 2728 into The Employee Retirement Income Security Act of 1974 (ERISA) and the Internal Revenue Code, by adding Section 715(a)(1) to ERISA and Section 9815(a)(1) to the Internal Revenue Code. The result: these provisions apply to group health plans and to health insurance issuers that provide health insurance coverage in connection with group health plans.

So far, so good. Now the fun part.

Since the interim final regulations were issued, group health plans have moved toward ever narrower network plan designs (not as rapidly as plans in the individual marketplace offered on the health care exchanges). As a result, the likelihood that a plan participant may receive care from an out-of-network provider has increased. This possibility occurs most frequently without the knowledge of the plan participant when the participant receives hospital-based services. Although the hospital may be an in-network provider, there is a reasonable possibility that one or more of the radiologists, anesthesiologists, or assistant surgeons may be out of network. Even if the health plan offers some out of network benefits, the out of network provider may still balance bill the participant for the difference between the provider’s list price, undiscounted fee and the amount the plan pays (which may be parsimonious, or zero).

If a participant requires emergency services, the participant may feel the need to seek out the closest hospital - which may be an out of network provider. That will expose the participant to a much larger financial risk.

PHS Act Section 2719A(b) says that, if a plan covers services in an emergency department, then the plan must cover emergency services in accordance with four standards. The third standard has two requirements; the second requirement says that the plan must cover emergency services “in a manner so that, if such services are provided to a participant, beneficiary, or enrollee…out-of-network, the cost-sharing requirement (expressed as a copayment amount or coinsurance rate) is the same requirement that would apply if such services were provided in-network…” PHS Act Section 2719A(b)(l)(C)(ii)(II).

Example. Imagine that the plan’s in-network provider (let’s take the emergency medicine physicians and exclude the hospital’s separate charge for a moment) have agreed to accept a charge of $270 for a typical emergency services encounter. The plan imposes a 20 percent coinsurance requirement. If the participant sees an in-network provider, the patient’s financial responsibility is 20 percent of $270, or $54. What happens if the patient is treated by an out of network provider. The out of network provider bills the patient $971, not $270. The patient’s cost sharing responsibility is limited to $54 of the first $270 of that bill (or whatever amount the plan determines is the usual and reasonable charge, which could be more than the $270 negotiated rate); the plan pays the difference between the $270/usual-and-reasonable amount -- which is sure to be a lot less than $971; and the out of network provider balance bills the participant for the balance.

Acknowledging this flaw, and to prevent plans from too brazenly circumventing the limit on financial exposure for participants who are unlucky enough to use an out of network provider for emergency services, both the interim final regulations and the final regulations require the plan to pay a reasonable amount before a participant becomes liable for a balance billing amount.

The interim final regulations required that the plan must pay an amount equal to the greatest of:

The agencies did receive comments suggesting a transparent database should be mandated, instead of allowing plans to use their proprietary -- and non-public -- databases to determine the usual and reasonable amounts. In the preamble to the November 18, 2015 final regulations, the agencies announced that they decided to reject that suggestion because they believe that requiring the largest of the three amounts alleviates the concern about the level of payments. The agencies also announced if state law prohibits balance billing for emergency services (at least nine states have adopted laws to that effect), then those state laws are not preempted and the minimum payment rules do not apply.

Where does that leave plan participants in the vast majority of states that have not yet prohibited balance billing for emergency services? The commenters suggesting the use of a transparent database may have done so as the result of litigation, resolved against the largest health insurance providers, that their proprietary databases purporting to show usual and reasonable charges in fact were fixed to produce far lower amounts.

The agencies may have concluded that the lawsuits and their settlement have substantially rectified that problem. In the preamble to the November 18, 2015 final regulations, the agencies say:

The regulations also provide for potentially higher payments to out-of-network providers, if usual customary rates or Medicare rates are higher than median in-network rates. This can have a direct economic benefit to providers and patients, as the remaining differential between provider charge and plan payment will be smaller, leading to a smaller balance-bill for patients.

However, current data continues to show that balance billing remains a problem: the average out of network charge for a typical emergency services visit continues to exceed the average negotiated rate by 400 percent. That will continue to result in a balance billing obligation that can reach four figures. Here is an excerpt from an article that appears in the December 22, 2015 Kaiser Health News:

The American College of Emergency Physicians and the Emergency Department Practice Management Association maintain that the regulation’s first two options allow insurers to essentially pay whatever they want because their payment data is proprietary. Medicare reimbursement rates are generally lower than those of private plans.

Without a transparent, objective standard in place, the emergency providers say, insurers will pay them less and emergency providers may in turn try to collect the unpaid balance from consumers, unless they live in one of the dozen or so states that prohibit balance billing by out-of-network providers.

Insurers have already been ratcheting back their payments to emergency physicians for out-of-network services since the interim rule was released, says Dr. Jeffrey Bettinger, chair of ACEP’S task force on alternative payment models. For example, two insurers have reduced out-of-network payments to emergency physicians by $600 million annually, Bettinger says.

The physicians want the payment standard to be “usual and customary charges,” adjusted for geographic variations, using a transparent, independent claims database such as that provided by the nonprofit group Fair Health.

Insurers, however, say providers’ charges are too high and the process by which they are set is often opaque. A study last fall by America’s Health Insurance Plans, a trade group, used Fair Health data to examine the charges billed by out-of-network providers in 2013 and 2014 and compared them to the average fees paid by Medicare in 2014. Analyzing 1.16 million emergency department visits of high severity, the insurers’ group found the average Medicare payment was $176, while the average out-of-network charge was significantly higher, $971.

“It comes down to the prices emergency doctors are charging, which are often far higher than what Medicare pays,” said Clare Krusing, an AHIP spokeswoman. “So the question really is, ‘Are these fair prices in the first place?’”

Krusing says insurers aren’t suggesting that Medicare be used as the benchmark, but that average charges for many services are excessive.

Consumer advocates, such as [Chuck] Bell [programs director at Consumers Union], and some researchers who have studied consumers’ billing issues, say the government could take a more consumer-friendly approach by eliminating balance billing for emergency care altogether. New York did that with a law that took effect in April. Under that law, insured consumers generally can’t be billed for out-of-network emergency care. (The law doesn’t apply to self-funded companies that pay their employees’ claims directly.) The law also sets up a dispute resolution process for insurers and providers to determine payments.

We can answer your questions regarding the Tri-Agency 11-18-2015 Final Rules and how they could impact your situation. Contact your Dinsmore Health Law attorney to learn more. 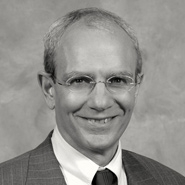 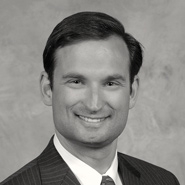