In the February 2016 edition of the Mine Line, we discussed the problems created for mine operator agents as a result of the unending clash between operator civil penalty cases before the Federal Mine Safety and Health Review Commission (Commission) and the Mine Safety and Health Administration’s (MSHA) unnecessary delays in completing investigations under Section 110(c) of the Federal Mine Safety and Health Act of 1977 (Mine Act) see “You Have the Right to Remain Concerned: The Clash Between MSHA Special Investigations and Civil Penalty Cases,” February 17, 2016. Over a year later, problems continue to mount, and there is no indication MSHA intends to address this matter.

On February 20, 2015, Armstrong was issued a single Section 104(d)(1) unwarrantable failure order1 by MSHA alleging a violation of 30 C.F.R. §77.405(b).2 As is often the case involving allegations of unwarrantable failure, MSHA announced it would initiate an investigation under Section 110(c) of the Mine Act. Because of the MSHA investigation, the parties were granted a stay in the civil penalty case by Administrative Law Judge Jerold Feldman. As we mentioned in our previous Mine Line article on this topic, an increasing number of Commission administrative law judges are denying stay requests in the underlying civil penalty case when an MSHA Section 110(c) investigation is underway.

On September 14, 2016 - six months after granting the stay, Judge Feldman issued a second order compelling the Secretary of Labor (Secretary) to report on whether the Section 110(c) investigation had been initiated or it the agency determined it would not pursue a Section 110(c) case.

On November 7, 2016 - approximately 574 days after issuing the Section 104(d) order to Armstrong, the Secretary announced he had not determined whether MSHA would initiate a Section 110(c) case. On February 23, 2017, Judge Feldman granted Armstrong’s motion to continue the civil penalty case containing the Section 104(d)(1) order. He also delivered a stern message to the Secretary: He was granting Armstrong’s motion for continuance to avoid litigating the civil penalty case and a future Section 110(c) case separately. Energy Fuels Corp., 1 FMSHRC 299, 319 (May 1979) ([t]he Commission’s “limited resources should [not] be squandered on separate proceedings involving common parties and to a great extent common facts”).

Judge Feldman also made it clear that he felt the Secretary had sufficient time to make his determination in the Section 110(c) case. And, more importantly, he cautioned that any further delay in making this determination would compromise the due process rights of the individuals named in the Section 110(c) case. Finally, Judge Feldman drew a line in the sand by warning he would consider a motion to dismiss the underlying civil penalty case for failure to prosecute if a decision is not made by the Secretary by May 24, 2017.3

Judge Feldman should be applauded for his decision to grant the original motion to stay the civil penalty case and his show of independence by aggressively backing the Secretary into a corner in this case. However, to declare a victory on this issue is premature. To be sure, Judge Feldman’s approach is a minority view among Commission administrative law judges on this issue. Many Commission administrative law judges routinely take the opposite position, often setting civil penalty cases for hearing before MSHA decides the Section 110(c) fate of operator agents, who are often witnesses in the underlying case. The problems created for agents in these situations are well chronicled in our earlier Mine Line article.

I wholeheartedly agree with Judge Feldman’s statement, “[t]he Secretary’s discretion in timely completing his investigation is not unfettered.” I also recognize that his decision to publically hold the Secretary’s feet to the fire may not go as planned. It is quite possible this issue could land squarely in the laps of the Commission. Unfortunately, the issue will likely be framed in terms of evaluating the authority and power of a Commission judge versus the Secretary’s overused argument of broad prosecutorial discretion in enforcing the Mine Act. Regrettably, lost in those arguments will be any discussion of how the Secretary’s delay in Section 110(c) investigations is impacting the due process rights of operator agents named in the investigation.

1 The unwarrantable failure terminology refers to more serious conduct by an operator in connection with a violation. The Commission has determined that unwarrantable failure is aggravated conduct constituting more than ordinary negligence and is characterized by such conduct as reckless disregard, intentional misconduct, indifference or a “serious lack of reasonable care. Emery Mining Corp., 9 FMSHRC 1997 (December 1987); Rochester & Pittsburgh Coal Co., 13 FMSHRC 189, 193-94 (February 1991).
2 30 C.F.R. Section 77.405 provides as follows: Performing work from a raised position; safeguards.

(a) Men shall not work on or from a piece of mobile equipment in a raised position until it has been blocked in place securely. This does not preclude the use of equipment specifically designed as elevated mobile work platforms.

3 This is not the first time Judge Feldman has issued such a warning. In a previous matter involving multiple unwarrantable failure orders, Judge Feldman issued a similar warning to the Secretary after the underlying civil penalty case lingered for nearly five years awaiting MSHA’s decision in a Section 110(c) investigation. The Section 110(c) case was dropped and the case was resolved soon thereafter. 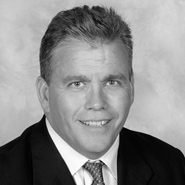