Yesterday, Education Secretary Betsy DeVos addressed the public regarding a controversial and difficult issue – Title IX. In her statements, she announced the new administration will change the way colleges and universities handle incidents of sexual assault on campus.

Specifically, DeVos declared that “the era of ‘rule by letter’ is over,” referencing the Obama era set of guidelines laid out in a 2011 memorandum referred to as the “Dear Colleague Letter.”  She noted these rules enacted under the Obama administration created a failed system – a system failing both the reporting party (“accuser”) and the responding party (“accused”).

DeVos notably discussed the lack of due process currently afforded to accused students throughout the Title IX process on college and university campuses.  She declared that although “one rape is one too many . . . one person denied due process is [also] one too many.”

Although DeVos did not announce specific changes to the Title IX guidelines issued under President Obama, she explained the Department of Education will “launch a transparent notice-and-comment process to incorporate the insights of all parties” in developing a better system.

One proposed idea DeVos discussed was the development of a “Regional Center model” to handle Title IX complaints.  As part of this model, participating schools could refer a Title IX incident that rises to the criminal level to the Regional Center.  The Regional Center then “cooperates with local law enforcement and has access to resources to collect and preserve forensic evidence, facilitate—but never require—criminal prosecutions, and apply fair investigative techniques to gather and evaluate all relevant evidence to determine whether sexual misconduct occurred.”  This model, DeVos noted, “allows educators to focus on what they do best: educate.”

This model, however, was only used as an example, and no formal changes to the Title IX guidelines were issued.  After DeVos’ statements, it is expected the Department of Education will issue formal changes soon.

If you have questions about Title IX and possible upcoming changes, or how best to implement Title IX on your campus, please contact the authors or your usual Dinsmore attorney. 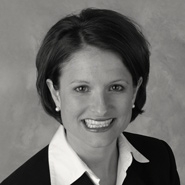